ERP and online shop in a single program

Company specialized in the importation and distribution of orthodontic, aesthetic, and dental material. It distributes its products to orthodontists, clinic owners, hospitals, universities, and insurers, and it does so quickly and efficiently thanks to Tryton.

This powerful open-source ERP has allowed them to integrate all management processes in a scalable and flexible tool. In other words, they have a tool that has been adapted to their needs, and the company has not had to adapt to the ERP way of doing it. In his words, "Tryton helps us do the same business but in a different way."

Not everyone is so clear on this, but its promoters knew that one of the keys to the success of their company was to integrate all management processes in a single IT tool. That is why they did not start their project until they had chosen the technological platform that should support and articulate it. It was about looking for an ERP that covered everything: from the warehouse to accounting, through marketing, sales, logistics, claims ... And the search began.

Santiago Rubín, CEO and co-founder of the company, explains that "as usual, you always start by trying to limit the initial investment and we think about having individual solutions to meet each of the needs that we could have in the management of our business". But as they explored the possibilities they saw that this formula would not be effective. Santiago also adds that "we soon came to the conclusion that it was not feasible to cover our needs with separate applications, we needed a tool that would synchronize all management processes, and we started looking for an ERP".

Santiago highlights that "we had no prejudice either in favor or against open source, but the long selection process almost naturally led us to Odoo, which was then called OpenERP". Why? Two aspects were key when making the final decision: "On the one hand we saw that there were highly specialized companies with a lot of experience in the development of these projects, and on the other hand we verified that this ERP had the flexibility to evolve in parallel to the needs that were appearing". Downloading a demo convinced them that they had found the tool they were looking for 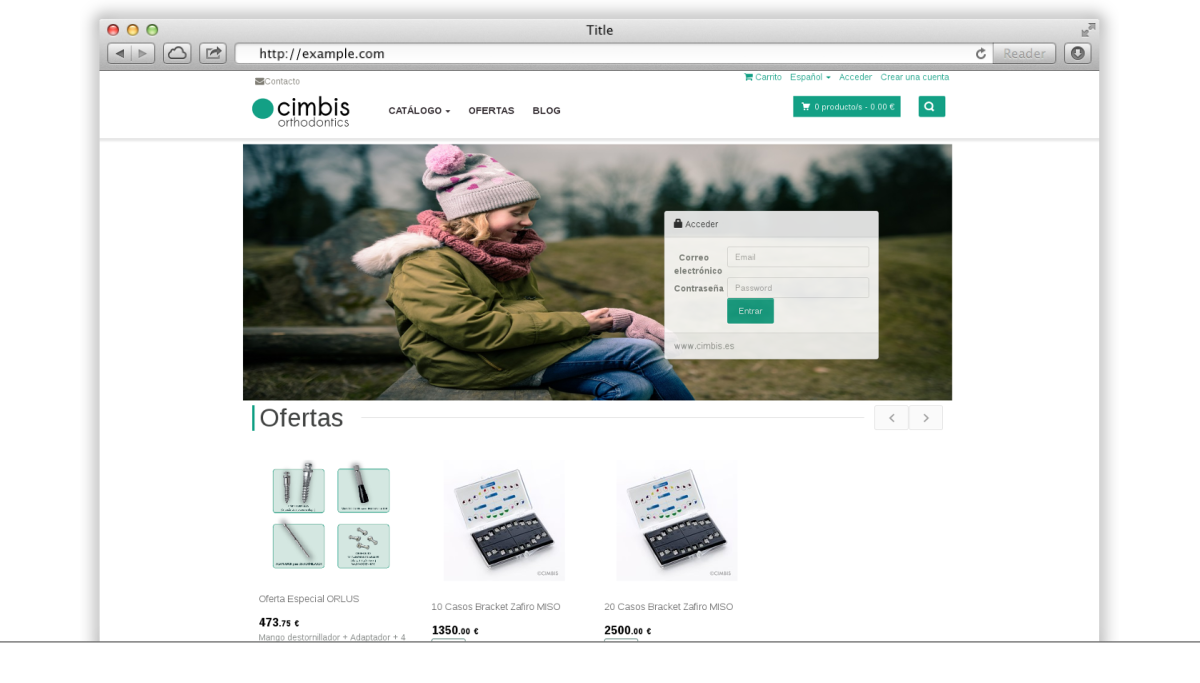 In 2012 it rolled out OpenERP, currently, Odoo, and the business started rolling and at a very interesting speed. The first modules implemented were those for customers and suppliers (known as third parties), purchasing, sales, logistics, and accounting. But the results quickly arrived, and with the new needs to attend to.

Little by little the project grew, almost at the same time and pace that OpenERP / Odoo abandoned its founding spirit and business model. Keeping the ERP up to date, accessing and creating new modules, and sharing freely and without restrictions, the code programmed to develop the tool was increasingly complicated. The company understood that if they continued down that path they would be more and more tied to the company that developed OpenERP / Odoo, and that was something that did not suit them.

Fortunately, there was an alternative: Tryton. Santiago asserts that “when we considered going to Tryton I looked in detail at what the technological proposal was, but much more carefully which was the developer community that supported it, and immediately I saw that there were many people interested in making this project evolve, and this It is very important for us".

"The decision to migrate to Tryton was not particularly difficult. The same arguments of flexibility, transparency, and freedom that had initially led us to OpenERP / Odoo were the ones that now led us to Tryton".

With the disappearance of the original technology provider, the project fell to NaN-tic. This is one of the many advantages of open source over proprietary custom developments: if your provider does not. You can take over the project, you will find another who can see and analyze exactly the work done and resume it at the point where it is.

NaN-tic quickly made a diagnosis of the situation and drew a roadmap of needs and priorities, which is currently being met satisfactorily according to the company's own managers. Santiago points out that "although the relationship is incipient, it has been proven that NaN-tic is a professionalized company and in which the responsibilities and responses to be given to the client are well structured".

“The response that NaN-tic gives is always fast, sometimes faster than our own ability to detect and define the needs we have".

Five years have passed since the need to install an ERP began to be considered. How do you assess your bet? What is Tryton bringing you? "Today we are even more convinced that the first day that the absolute and total integration of the processes that make up a company is critical" Santiago explains, adding "That is why we know that we are not wrong, and very especially once we have migrated the management system to Tryton".

This case is very common today. The company uses the Internet to facilitate the sale of its commercials and the purchase of its regular customers. The commitment to electronic commerce unquestionably requires advanced and reliable technology. Integrating the online store with the ERP generates immediate benefits for both the user and the company. Keeping prices always updated in the online store, showing the stock and availability of products in real-time, or instantly recording sales, payment, and customer data are just some examples.

This means that customer service is improved, delivery times are reduced and the number of incidents and returns is drastically cut. And, of course, the maintenance costs of the entire technology platform are lowered. And if the platform is Tryton, there is even more added value.

"Tryton is one of the main axes in our company's strategy. The business can be done the same, with Tryton or with other ERPs, but Tryton helps us to do business in a different way, without having to give up who we are. Being able to count on Tryton and NaN-tic is a competitive advantage".