Today Koo gained a new --pos-mode which allows it to be used in touch screen environments, such as POS. Indeed, it is a proof of concept I implemented some months ago but remained untouched in a branch of my old git repository.

The --pos-mode flag tells koo to show a keyboard or keypad (depending on the field type) each time a text box gets the focus.

The --stylesheet flag tells koo to use the given stylesheet which mainly increases font size and padding so list items are heigher and thus easier to click with the fingers.

This gives developers the chance to use all the flexibility of OpenERP form design to POS but also allows developing touchscreen enabled interfaces for industrial environments, museums or any other scenario one might think of.

Obviously this POS functionality is part of Koo API so it means you can create your own new application taking advantage of touchscreen facilities. 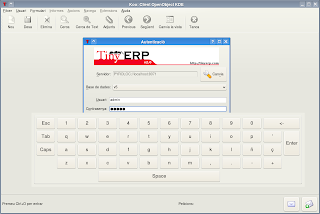 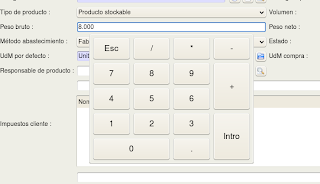